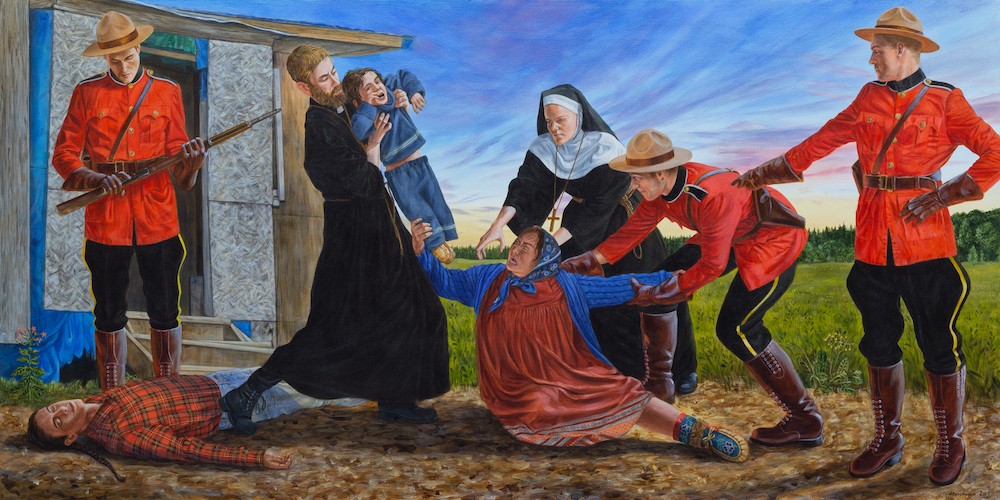 Just listened to a great interview with the artist Kent Monkman on the Art Newspaper Podcast! One thing that has always impressed me about the artist is his ability to clearly articulate his practice. This is someone with a very clear vision of both what he wants to say and how he wants to say it.

In the interview, Monkman explains his relationship with the Western painting tradition. In his early figurative work the medium was the message. His aim was to mimic the historic American landscape tradition as a way to critic that tradition and it’s portrayal (or lack there of) of Indigenous culture.

In the interview Monkman discusses how his relationship to the medium evolved as he discovered old master artists form other nations (he mentions visiting Prado Museum). Overtime realism became less the target and instead a kind of tool to tell new stories that had not been given voice.

His use of the painting tradition challenges the idea that painting is an expression of Western culture. The artists ability to use the medium to tell the history of his community shows how malleable the medium can be. In trying to understand the nature of art, we have to consider the difference between culture and knowledge. The images we create through painting make up culture. The process we use to make those images is a kind of knowledge.