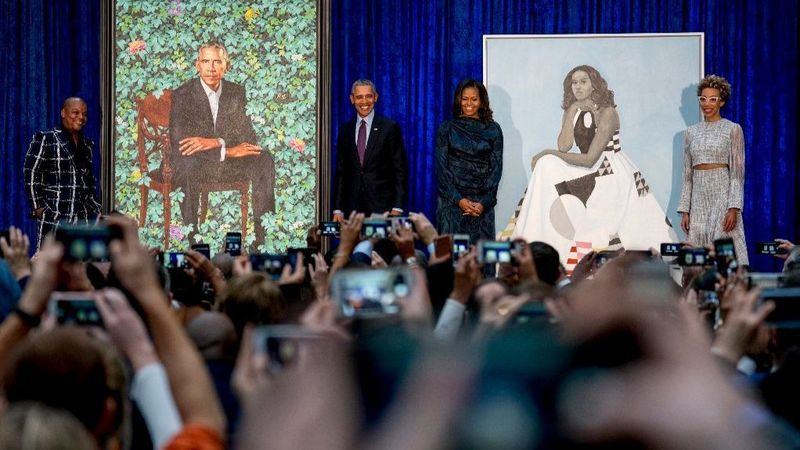 There is a meme going around twitter that likens the Barack Obama portrait , by the artist Kehinde Wiley, to a scene from the Simpson’s where Homer is backing into a shrub. It’s interesting in that it highlights an essential element of the portrait : the living plant life that makes up the background.

Wiley almost always places his sitters on a flat patterned background. In this portrait he has brought the background to life. When you think about what Obama has represented in American history this visual play is quite powerful.